Welcoming is at our HQ in Dramont. Your team is given a backpack including everything needed to succeed in your challenge! Each event takes place on foot and in total autonomy. The timing is a function of your pace. 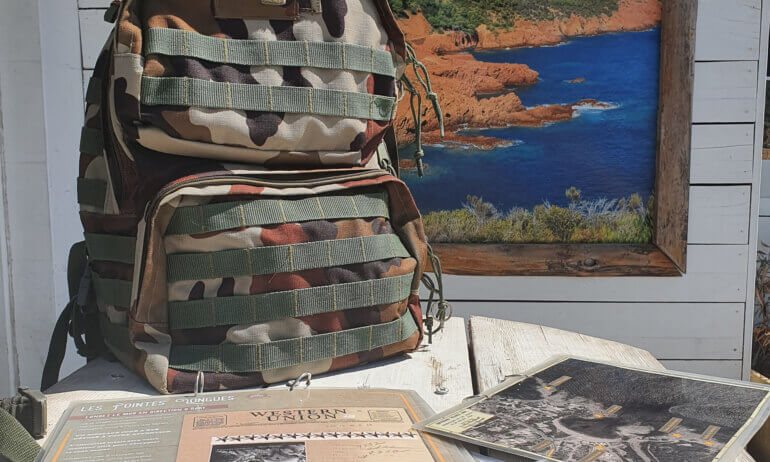 Our Historical Rally is the perfect backdrop for a thrilling and educational activity!

Departing from the Dramont, it will take you through the WW II Provence landing strategic landmarks. This rally combines historical facts and adventure activities along our coastline.

Just like in an escape game, team spirit, logic, and cohesion are the key factors that will guarantee the success of this time travel adventure.

You will truly become historical investigators as you re-open a case dating back to WW II when the German 19th Army was holding the Provencal coastline. Your mission is to uncover the real spot where the Allies landed on August 15th 1944, the night the American forces took this strategic landmark back!

Now, back to 2020… Jack is celebrating his 21st birthday, as a present, his grandmother gives him his famous grand-father’s messenger bag. Jack is ecstatic when his grandmother also hands him an envelope containing a plane ticket to Nice! When he reads the information inside, Jack understands he is sent to Saint Raphael, where his grandfather who landed on that night in1944, left a secret Jack must uncover. He needs your help, intuition and insight to find the gold his grand-father stole the Germans.

This 3-hour-investigation conducted on foot will take you to the WW II bunkers.  Equipped with your backpack, compass and ultraviolet light, you will walk in the footsteps of the GIs, ready to complete this treasure hunt! Exciting isn’t?

bring bottle of water and swimsuit during summer if you want to do a break.

Where to find us ?

22 € by adult
17 € by children
Your reservation will be confirmed within a maximum of 24 hours.
Until then, it is in OPTION status.
Contact us
Bachelor/ Bachelorette Party
Discover ours
offers
I am exist in combo
for an all day adventure
Our offers
special days and discounts 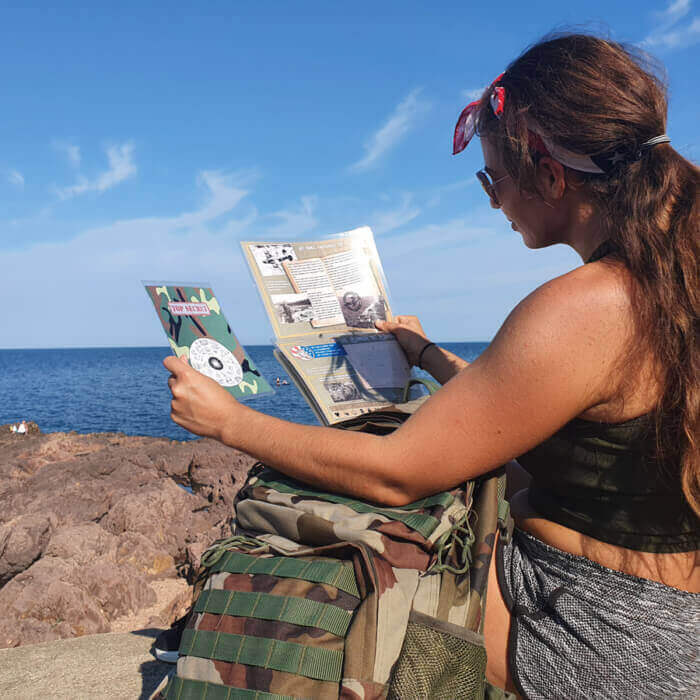 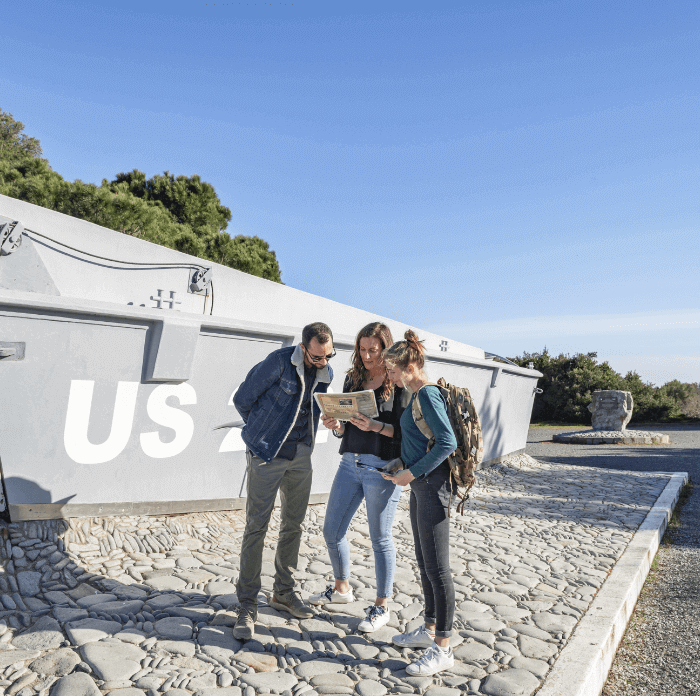 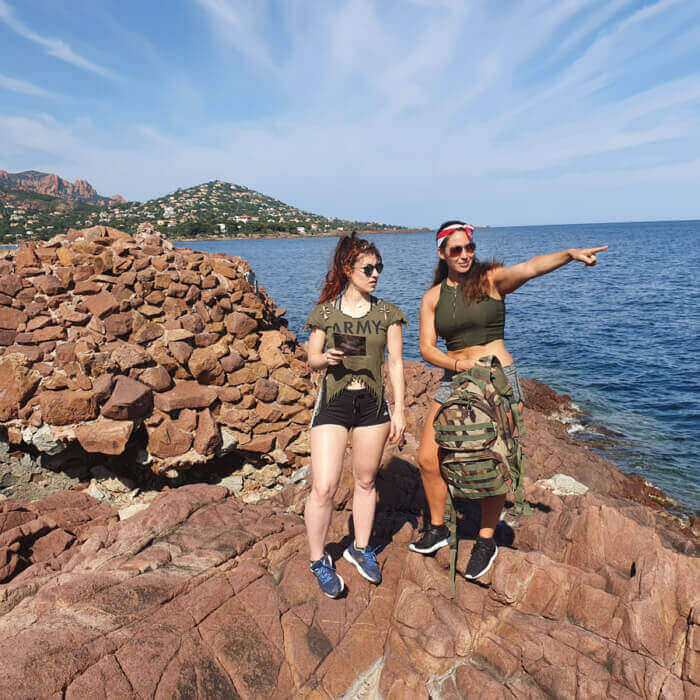 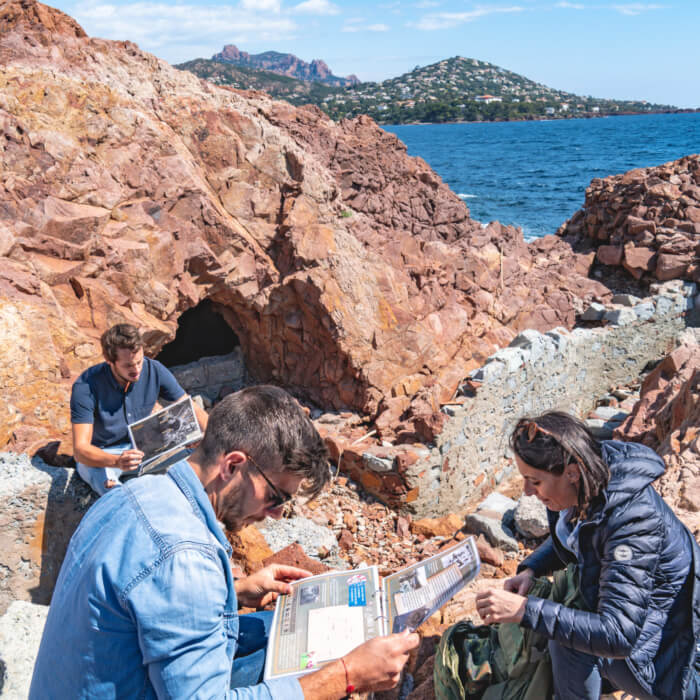 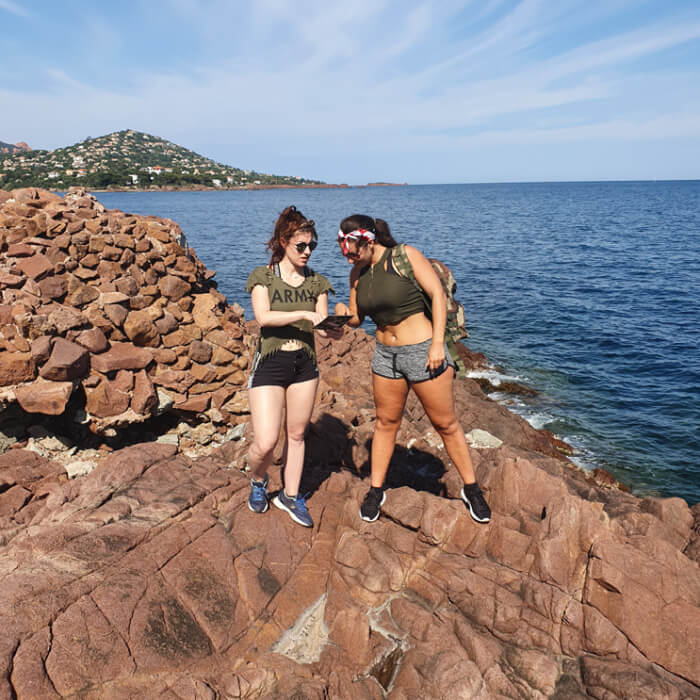 Don't miss any of our news, adventures and tips!

Any cookies that may not be particularly necessary for the website to function and is used specifically to collect user personal data via analytics, ads, other embedded contents are termed as non-necessary cookies. It is mandatory to procure user consent prior to running these cookies on your website.